What is Lyme Disease in Humans? 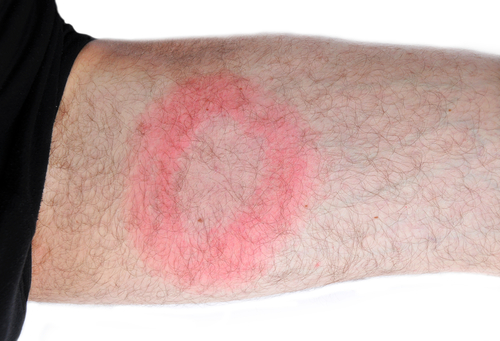 Lyme disease is an infectious disease caused by species of bacteria from the genus Borrelia. Its scientific name is Lyme Borreliosis.

This infectious disease is caused via the bite of an infected tick. Fever, headache, and fatigue may include early symptoms of Lyme. In 70 to 80 percent of the infected persons, a rash occurs at the site of bite after a delay of about 3 to 30 days. Rarely, the rash can be painful or itchy.

In early treatment of the disease, infection and symptoms can be removed by antibiotics but delayed or inadequate treatment can result into more serious symptoms, which can be difficult to treat. If Lyme is untreated then later symptoms may involve heart, joints, and central nervous system. 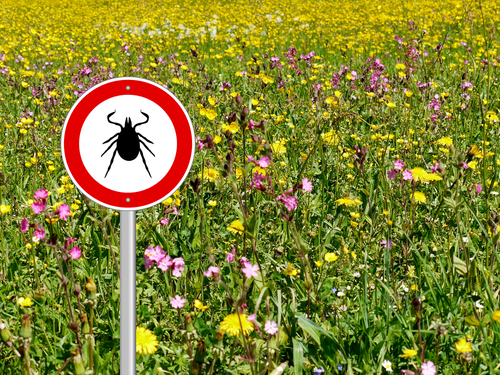 Lyme disease is best known as caused by ticks. It was named after Lyme, Connecticut, where a number of people were suffering from arthritis and inflammatory symptoms. The Spirochete bacterium enters into the bloodstream, when a tick infested with Spirochete bites a human.

Lyme disease caused by such bacteria is a multi-system inflammatory disease that starts itself by affecting the skin first, and then spreads to central nervous system, joints, etc. Insect vectors such as mosquito, are also believed to act as a host to the Lyme causing bacterium. 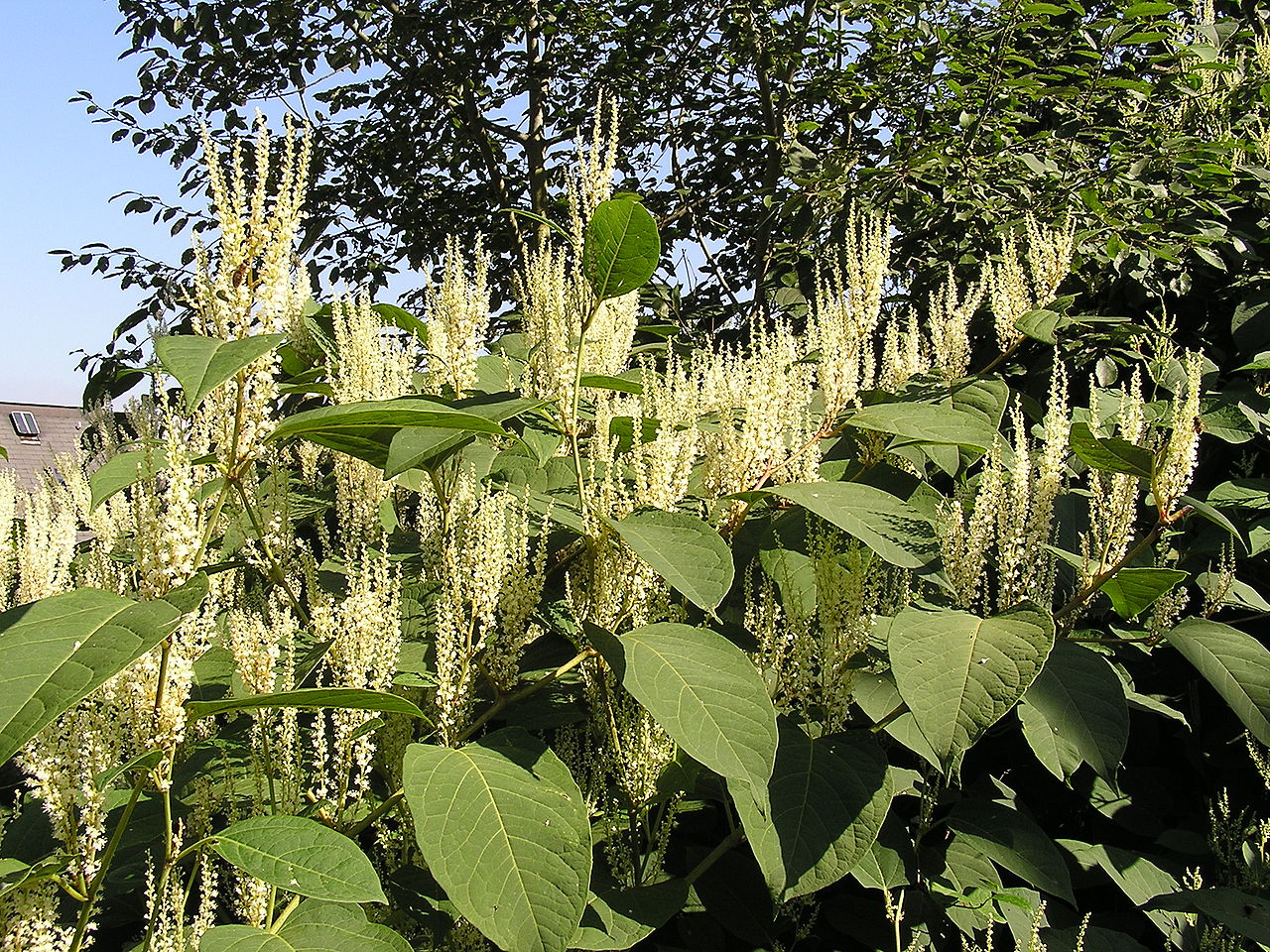 ​Japanese Knotweed, a bamboo resembling (although, not related) large plant species is native to Eastern Asia, including countries like, Japan, Korea and China. It is classified as an invasive species in several countries. It has many popular English names like Fleeceflower, Himalayan fleece vine, Hancock’s curse, Donkey Rhubarb, etc. The scientific name for this plant is Fallopia Japonica.

Preparation – This plant is best edible when it’s 6 to 8 inches tall, the tangy shoots taste like rhubarb. The taller ones are covered by tough rind that must be first peeled off before consumption. The stems can be sliced, steamed as a vegetable, used for soups, sauces, jam, etc. It can also be baked in dessert dishes. It can also be used to transform familiar recipes into exotic ones.

Nutrition Value – Knotweed is rich source of Vitamin A, Vitamin C, and antioxidant flavonoid rutin. Other elements include potassium, zinc, phosphorus, manganese, etc. The resveratrol found in the plant lowers LDL cholesterol and reduces the risk of heart attacks. It can also delay Alzheimer’s disease or slow its progression. Resveratrol can also increase lifespan by 30 percent. It activates Sirtuin Genes, imitating the functioning of a calorie-restricted diet. Large quantities of Knotweed can act as a gentle laxative.

Japanese Knotweed Resveratrol is an antioxidant compound found along many other compounds in Knotweed. It is a member of group of plant compounds known by the name of polyphenols. Resveratrol is also found in red grapes, berries, peanuts, etc. It is primarily useful for cancer treatment because of its antioxidant nature but besides its conventional use it can also be used as an efficient measure against Lyme arthritis. It has been identified in high concentrations as a strong flavonoid, at the roots of the plant. Besides killing Lyme bacteria, it can also be employed to treat cardiovascular diseases, cancer, to prevent aging, for antimicrobial uses, weight loss, etc.

Most of the capsules sold in the U.S. contain extracts from Polygonum Cuspidatum and other resveratrol supplements are prepared from grape or red wine extracts. Due to very few researches done on the resveratrol consumption in humans, doctors are not able to confirm any benefits or effects over the long term.

Use of Japanese Knotweed for Lyme

Japanese Knotweed Lyme specifically targets leptospira and treponema denticola types of Lyme diseases. It is considered to be the most effective herbal way to lower, or even eliminate Lyme disease and its symptoms. It supports the innate immune function to react to the infection caused by the Lyme disease. It kills the spirochetes that are found in difficult-to-reach areas by enhancing the blood flow and also helps other drugs to be more effective.

Direction for usage: Ask a certified practitioner for Japanese Knotweed extract dosage recommendations. They will depend on your present health condition and the intensity of infection caused by the Lyme disease.

Start with taking low dosages, and increase the dosages gradually, in weeks. Monitor the symptoms and infection according to their intensity and effect. Some other herbs or drugs can also be consumed along the knotweed to enhance the medication required for the proper removal of Lyme causing bacteria.

Quantity – Following is a rough list for required dosages of Japanese Knotweed:-

Ninja tip: Get the right extract the first time…

When you start looking for natural ways to combat Lyme, make sure you choose a quality product that is not only 100% natural, but also sourced locally and in a sustainable way. Here is a great example:

This herbal extract is produced farmer friendly/sustainable and only from organic sources. 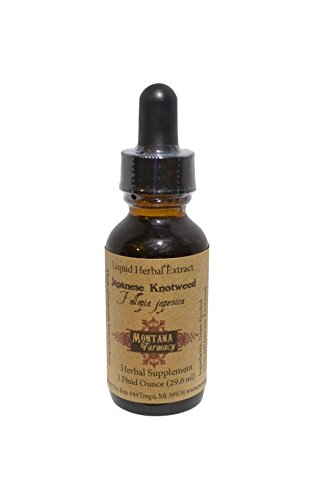 As recommended by Stephen Buhner – natural knotweed extract for lyme

Ingredients of the extract

Before you start any treatment, consult a certified lyme expert! This tincture is now available on Amazon, here.

Although not a deadly disease, Lyme can still cause a lot of problems if no or insufficient treatment is employed. Hence, it is very much desirable to eliminate its symptoms and effects as soon as they become visible. Japanese Knotweed Lyme can act as a natural and safe way to effectively cure the disease but it is very important to consult a health practitioner before the medication is to be started for its treatment.

Did you or someone in your life experience Lyme disease? Let me know which treatment you used and what the results were, comment below! 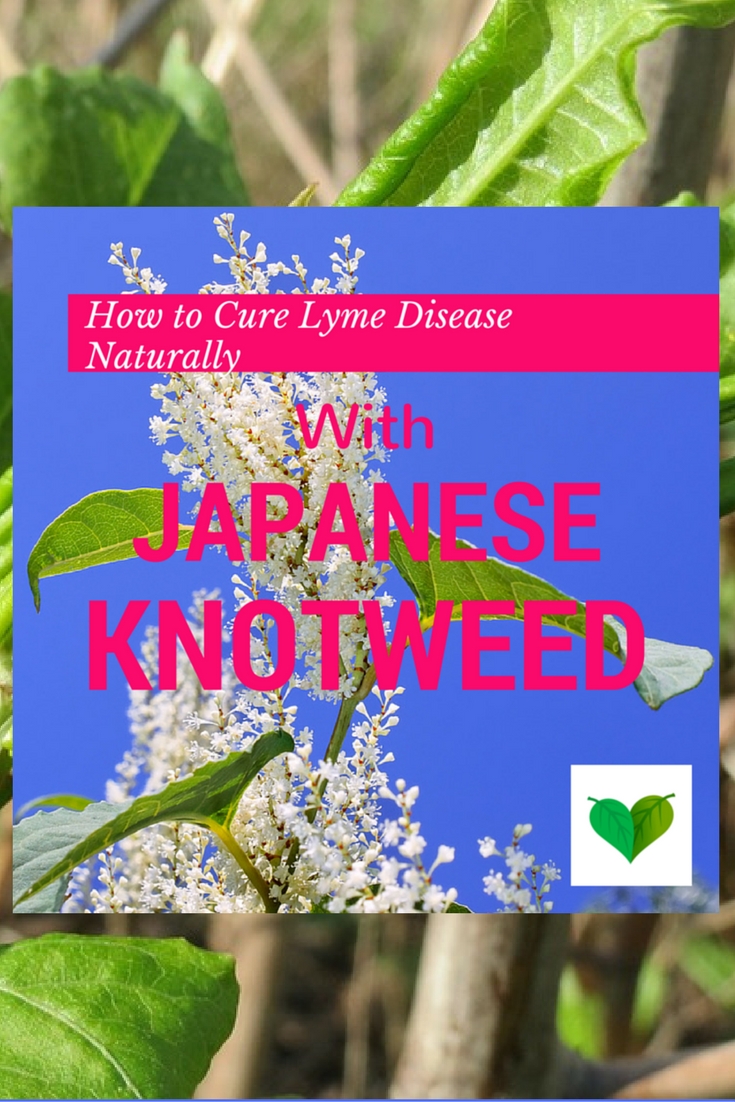 Great herbal medicine is all around us! 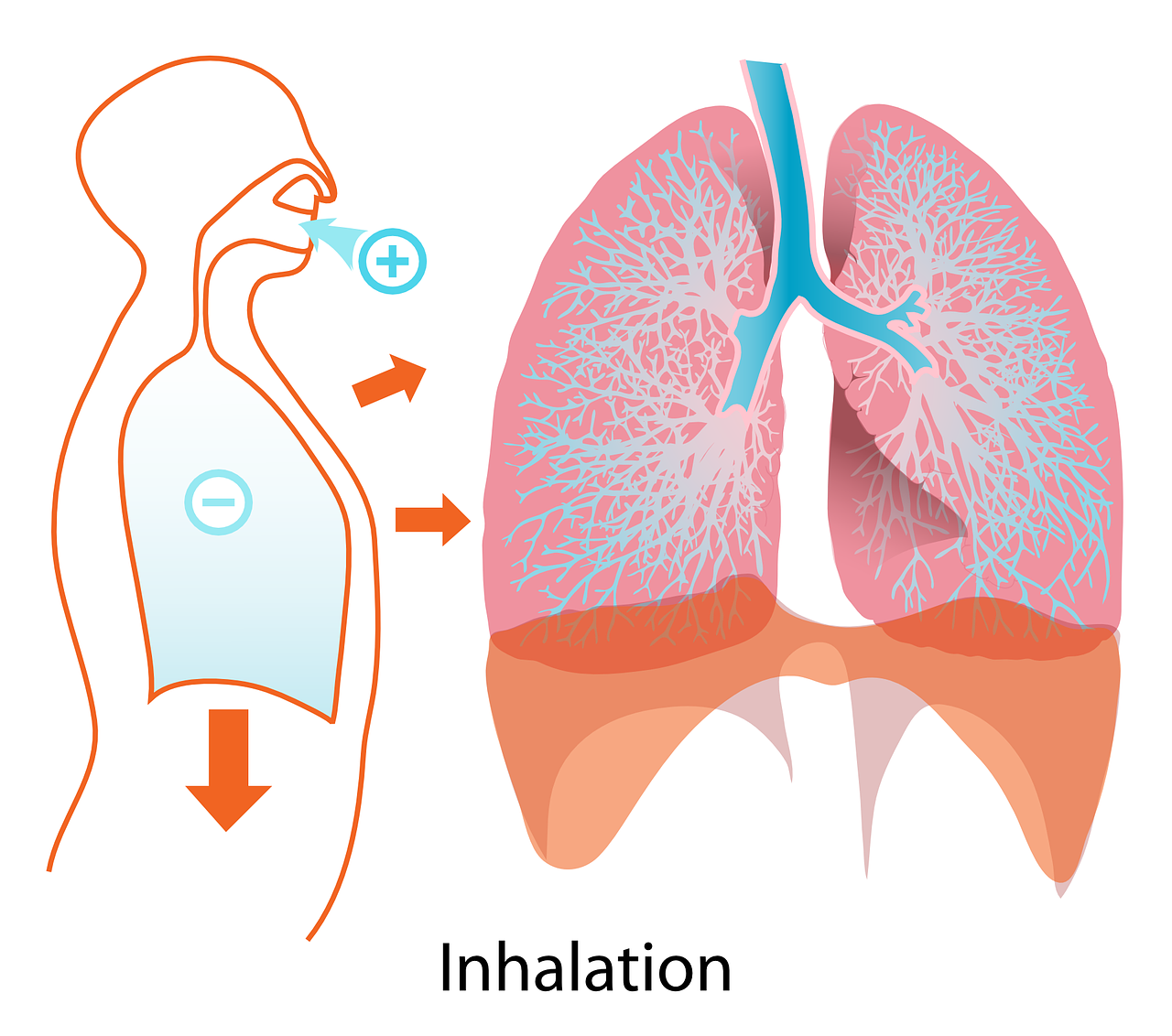 5 Ways to Help With Chest Congestion

Chest congestion is a common problem that most of us will experience from time to time. While it is just a minor issue in most instances, it can cause serious 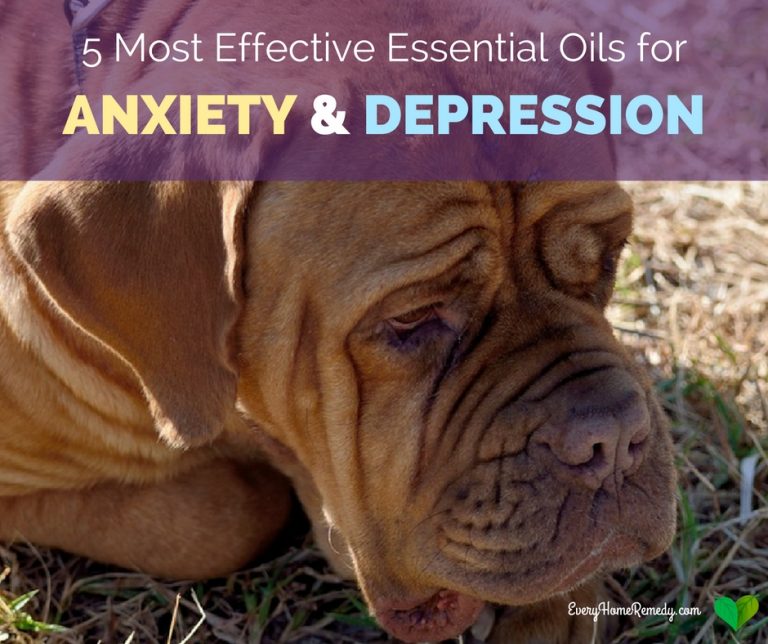 Which Essential Oil Is Best for Anxiety and Depression?

Life SUCKS sometimes, right? For some folks (like me!),  overwhelming feelings of depression and anxiety  just don’t go away. And while many turn to medication for relief, there are more all-natural approaches to 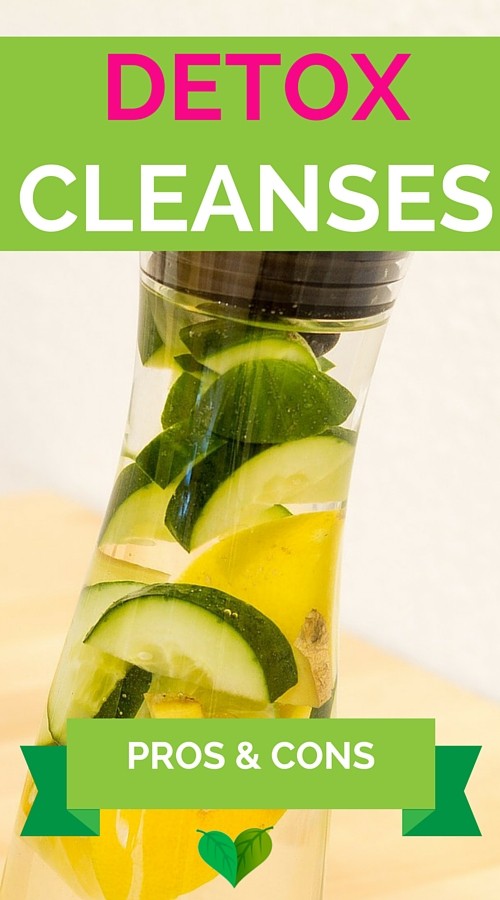 Pros and Cons of Detox Cleanses

Someone once said that our bodies need additional cleaning; then the herbalists developed a way to additionally clean our bodies from toxins and other dangerous chemicals. Today, we know it simply